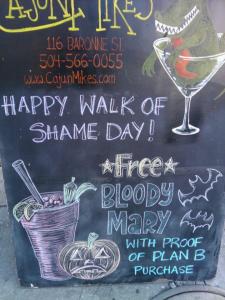 Posted by johnjernigan | Filed under My Favorite Things

When I lived in New Orleans, Bianca hosted Drag Bingo at Oz…that bitch has always been funny, I love her! 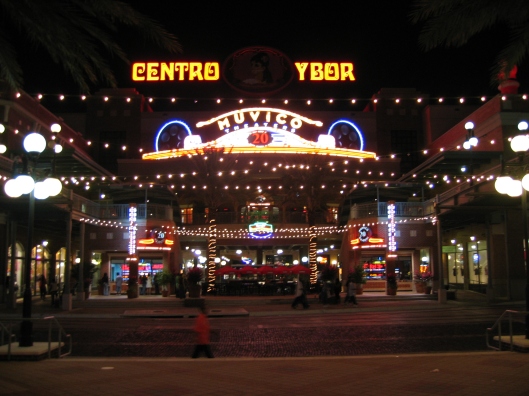 Do I have the energy and optimism to get ready and cross the bridge into Ybor City this beautiful spring night? Probably not, my future ex-husband isn’t likely to be there anyway 😦 Instead I’ll probably just curl up on the couch with my true loves, Cricket and Squeak.

I live on Central Ave. in St. Petersburg. St. Pete is actually the 4th largest city in Florida, between Tampa and Orlando. You can’t tell that from the queer nightlife. There is really only one gay club here, Georgie’s, and it’s very 1990’s. I can walk to Georgie’s from my apartment, and have a few times, but it’s just not cute. The problem with venturing into Ybor is that I have to be drunk/tipsy to deal with the ugliness, and then I’m faced with drunk driving over the bridge at 3 a.m. or hooking up with some random vodka-goggles dude…that ain’t cool, man.

“Known as Tampa’s Latin Quarter for over a century, Ybor City is an exotic blend of aromas, flavors, sights and sounds. From the scent of roasting Cuban coffee early in the morning to the rhythms of Latin music late into the night, Ybor is a feast for the senses.

Choose from a variety of cuisine – Spanish, Cuban, Italian, Greek and French – just by strolling down La Setima, the main street of the Historic District. Share authentic tapas and a pitcher of Spanish sangria in a café atmosphere reminiscent of a Mediterranean village.

Browse eclectic shops and art galleries or visit one of the museums. See a “hand-rolled cigar” being made or just relax and “people watch” with a cup of Ybor’s famous cafe con leche.

Listen to the music of the night – jazz, blues, salsa, reggae and even hip-hop emanate from a selection of pubs, patio bars and nightclubs. Ybor is alive with a variety of entertainment that makes it one of Florida’s top-ranked nightspots.

Founded by Vicente Martinez-Ybor as a cigar-manufacturing center, Ybor City today is one of only two National Historic Landmark Districts in Florida. Red brick buildings, wrought iron balconies and narrow brick streets give it an old-world charm that is a refreshing change of pace from the beach and the mall.”

Oh it’s an exotic blend of aromas all right. Having lived in New Orleans, I can say Ybor ain’t no French Quarter. It is fairly dirty and sleazy and dangerous, in parts, but that old Nawlins magic ain’t happenin.’ Oh jeez, maybe I’ll get on the interwebs and find a husband on daddyhunt or silverdaddies 🙂 (JK)
JK: just kidding for older folks 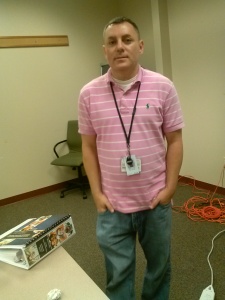 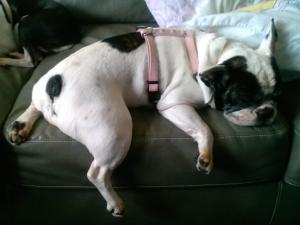 Posted by johnjernigan | Filed under Please Don't Let Me Be Misunderstood 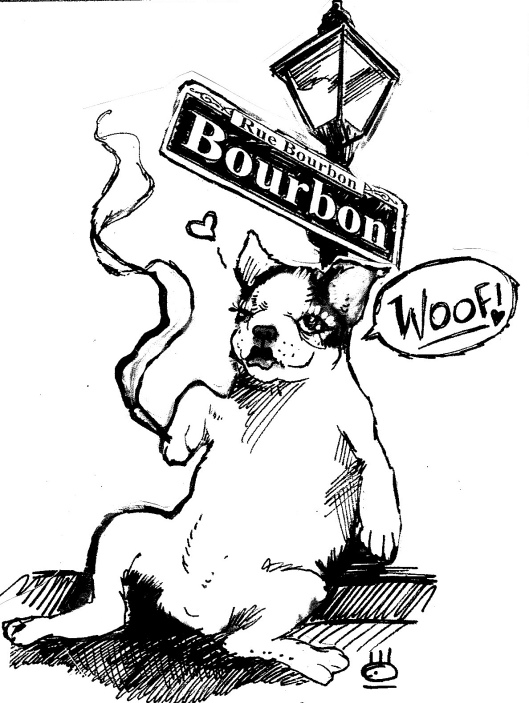 an excerpt from my book, available on Amazon for $3.99:

There are a few things that hustlers invariably do whilst on the stroll. Obviously all the strippers at the Corner Pocket or insert gay go-go bar name here schedule “dates” with admirers after work, and I always knew that. My decidedly sleazy friend Dale educated me on how to spot a hustler, as he quite often used their services when vacationing in the Big Easy. #1) The easiest way to spot a hustler is whenever you’re looking at them, they’re looking right back at you, always. That eye contact and nod and smile can all seal the deal. Let me see, let me see, well shit, John you sure were making hella eye contact and nodding and smiling like a hooker, now weren’t you? #2) Hustlers work all up and down Bourbon, discreetly advertising their wares and attempting to catch a man, in a gay club or straight club, standing on a corner, wherever. Once they’ve caught a man’s eye, they will invariably leave that establishment and head down into the seedy gay part of the quarter, maybe Lafitte’s, oh, that’s where I led Charles. #3) A hustler’s chest and stomach will almost always be visible, he will be shirtless or something, a walking advertisement for product. This tell is irrelevant to my pickup, I would never take my shirt off, just paying the how-to-pick-up-a-hustler educational tutorial forward, I’m altruistic like that.

Posted by johnjernigan | Filed under My Heart, Please Don't Let Me Be Misunderstood

A three month period where my tweaked out friend Dale and I tried to run a nightclub, when the Office in Pensacola closed and before Emerald City opened. I remember lots of Tina 🙂 lots of after hours extracurricular activities and making a lot of money slinging drinks. I also remember some of the Quarter rats we hired being busy all night, then when we cashed them out they had rung like $77 in sales, and kept the rest…One small highlight, we did get Lydia Prim, one of the best DJs in the world, to spin a few nights. 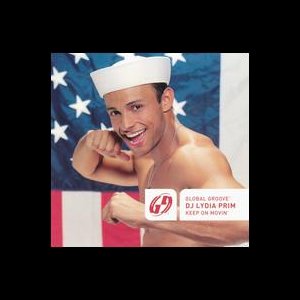 Posted by johnjernigan | Filed under Please Don't Let Me Be Misunderstood

Let me start by saying I have only male parts, not a hermaphrodite…hundreds of men can attest to that. Maybe I don’t want to be a hermaphrodite per se, it’s just that men are so stupid and simple and visual and obvious…I envy the fact that a woman will take the time to get to know a man on a different level, scratch below the surface…hold off on having sex until there is actual emotion in play. The whole time I’ve been in Fort Lauderdale, I’ve been trying to show various men my great big pink pulsing throbbing…BRAINS, with absolutely no success. So if men are such base animals whose little brains only react to physical stimuli, then that’s what I’ll give ’em. My New Year’s resolution was to get back into fighting shape, to my ideal weight of 145 pounds, to have a 2-pack or at least a completely flat stomach. I’ve been in pretty good shape 4 or 5 times over the years, luckily it doesn’t take much to get me back there…mainly just physical activity and cutting back on the sugar (goodbye tres leches and dulce leches) and it’s all good. I’ve started playing pickup ball again and I’m walking the dogs every evening, so suck it dumb mens. I’ll lose my ten pounds, get all tan and toned, and be back in the high life again. That’s my hope for the New Year anyway…I feel like Carrie saying “Your girl is lovely Hubble.” Let me try to dumb down my intellect and tone up my body…I won’t want for admirers then, they just ain’t gonna be smart ones. 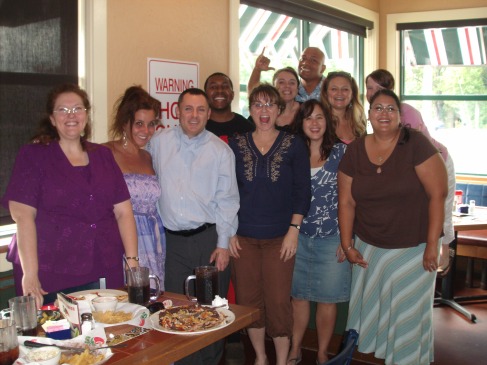 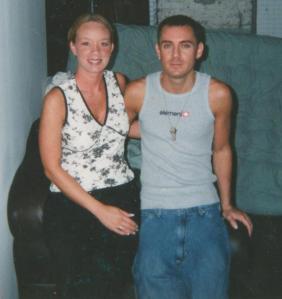 Goodreads.com: Meet Ignatius J. Reilly, the hero of John Kennedy Toole’s tragicomic tale, A Confederacy of Dunces. This 30-year-old medievalist lives at home with his mother in New Orleans, pens his magnum opus on Big Chief writing pads he keeps hidden under his bed, and relays to anyone who will listen the traumatic experience he once had on a Greyhound bus bound for Baton Rouge.
Our hero stumbles from one adventure to the next. His stint as a hotdog vendor (Lucky Dogs) is less than successful, and he soon turns his employers at the Levy Pants Company on their heads. Ignatius’s path through the working world is populated by marvelous secondary characters: the stripper Darlene and her talented cockatoo; the septuagenarian secretary Miss Trixie, gay blade Dorian Greene; sinister Miss Lee, proprietor of the Night of Joy nightclub; and Myrna Minkoff, the girl Ignatius loves to hate. The many subplots that weave through A Confederacy of Dunces are as complicated as anything you’ll find in a Dickens novel, and just as beautifully tied together in the end. But it is Ignatius–selfish, domineering, and deluded, tragic and comic and larger than life–who carries the story. He is a modern-day Quixote beset by giants of the modern age. His fragility cracks the shell of comic bluster, revealing a deep streak of melancholy beneath the antic humor. John Kennedy Toole committed suicide in 1969 and never saw the publication of his novel. Ignatius Reilly is what he left behind, a fitting memorial to a talented and tormented life.

“I am at the moment writing a lengthy indictment against our century. When my brain begins to reel from my literary labors, I make an occasional cheese dip.”

“You could tell by the way he talked, though, that he had gone to school a long time. That was probably what was wrong with him.”

“Stop!’ I cried imploringly to my god-like mind.”

“Leaving New Orleans also frightened me considerably. Outside of the city limits the heart of darkness, the true wasteland begins.”

“I suspect that I am the result of particularly weak conception on the part of my father. His sperm was probably emitted in a rather offhand manner.”

“The only excursion of my life outside of New Orleans took me through the vortex to the whirlpool of despair: Baton Rouge. . . . New Orleans is, on the other hand, a comfortable metropolis which has a certain apathy and stagnation which I find inoffensive.” 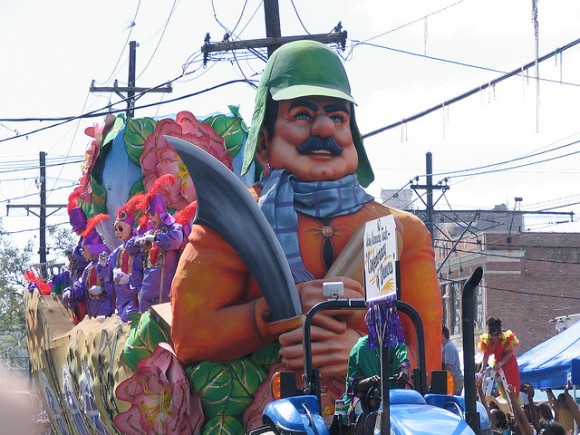 Skokiaan is the sound of New Orleans vocal at 2:45